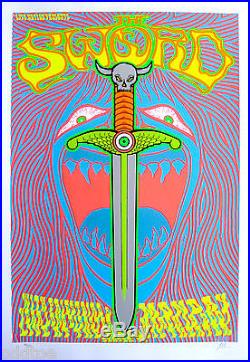 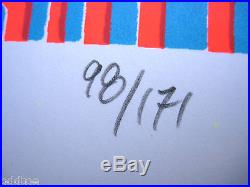 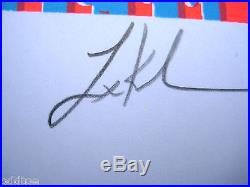 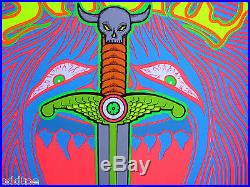 With PRIESTBIRD and YEAR LONG DISASTER. At The Marquis Theatre, Denver, CO. Poster by Lindsey Kuhn. Is there a cerebral connection somewhere between art and skateboarding? For some people skating is an art, for others art has nothing to do with skating. Then there are those who combine these two things to form a lifestyle. Lindsey Kuhn has found a way to turn his passions into career, and has been both skating and creating art for over three decades. He was born in Evanston, IL, but grew up on the coast of Mississippi where the now infamous Swamp ramp(s) stood for over ten years. In 1983 he began screen-printing t-shirts primarily to pay for maintenance of the massive ramp. Those simple t-shirts have ballooned into an internationally known company called SWAMP. Today Lindsey is best known for his silk-screened rock posters for hundreds of bands like The Melvins, Tool, Atmosphere, AC/DC and more. Swamp also does custom printing and publishes work for other artists. Lindsey moved to Austin, TX in 1990 and within a year started printing posters for Southern Californias Limagerie Gallery. Limagerie set up a small flat press shop in Austin produce rock posters for Frank Kozik, as well as, Serigraphs for other artists they represented. Such as Robert Crumb, Ed Roth, Robert Williams, Joe Colman, and others. While printing all this great art, Lindsey realized there was a demand for what he had been doing for years and seized the opportunity to learn from these lowbrow masters helping to revive the lost art of the Rock Poster. He has continued to create posters for over 20 years, keeping his D. Ethic alive by printing his own work as well as other artists from around the world through his print company called SWAMP, which is now located in Denver, CO. The Sword is an American heavy metal band from Austin, Texas. Formed in 2003, the band is composed of vocalist and guitarist John J. ” Cronise, guitarist Kyle Shutt, bassist Bryan Richie, and drummer Santiago “Jimmy Vela III. Originally signed to New York-based independent label Kemado Records, the group released its debut album Age of Winters in 2006, which was largely written by Cronise before the band’s formation. Follow-up album Gods of the Earth was released two years later, and gave the group its first entry on the US Billboard 200 chart. Priestbird is a new group comprised of the former members of the instrumental prog trio Tarantula A. Following a vicious break-up, the three members of Tarantula A. Parted ways and set out on their own, individual paths. One member left for Argentina to join a tango band, another became a semi-professional Soccer player in Italy, and the last retreated to the Himalayas to seek refuge in Shiva. After a year, the three members reconvened in New York City. In the midst of a brawl, typical of their past, they picked up the instruments in the room and began to play. An original, signed and numbered poster designed b. For a 2007 The Sword concert in Denver, CO. It is a hand-pulled screen prin. T from a limited edition of 171 posters. A demonic face behind a sword decorated with an eyeball and a horned skull! The poster is in excellent condition. Date: March 19, 2007. Performers: The Sword, Priestbird and Year Long Disaster. Dimensions: approximately 20″x30″. Signed by the artist. Be sure to add me to your. Currently we have several of these in stock. All of them are from the same edition of 171, however. The individual print number in the picture may not match what you receive. The item “THE SWORD- Original S/N 2007 Concert Poster by Lindsey Kuhn, Priestbird, face” is in sale since Tuesday, May 05, 2015. This item is in the category “Entertainment Memorabilia\Music Memorabilia\Other Music Memorabilia”. The seller is “oddtoe” and is located in Hayward, California. This item can be shipped worldwide.