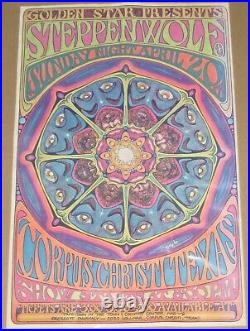 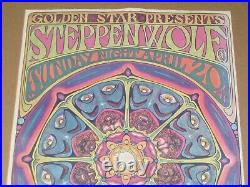 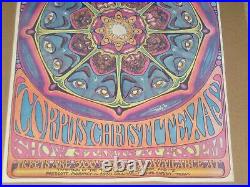 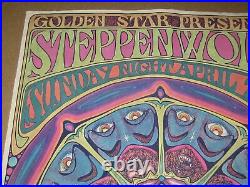 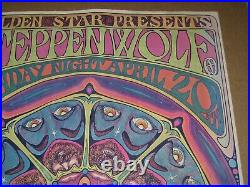 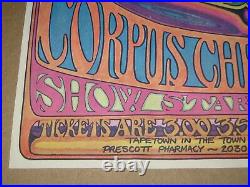 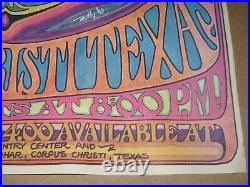 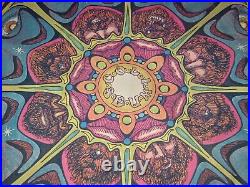 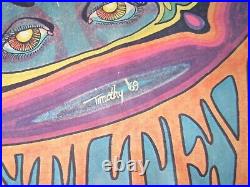 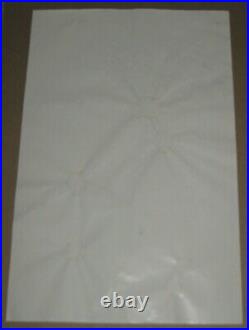 Offered for sale is a vintage Steppenwolf Concert Poster from a show held 4-20-69 (Corpus Christi, TX), which features amazing psychedelic artwork by Timothy Dixon (featured in Art of Rock book), and is a super rare to find collector’s item (see bio info below). The poster measures 21.5″ x 14″, is in “Very-Good+” condition (see details above), and is suitable for display in a permanent archive. Feel free to contact me with further questions – Cheers! Steppenwolf in 1970 (LR: Goldy McJohn, Jerry Edmonton, John Kay, Larry Byrom, George Biondo). Los Angeles, California, US. Steppenwolf was a Canadian-American rock band, prominent from 1968 to 1972. The group was formed in late 1967. By lead singer John Kay. And drummer Jerry Edmonton. All formerly of the Canadian band the Sparrows. And bass guitarist Rushton Moreve. Were recruited via notices placed in Los Angeles-area. Record and musical instrument stores. Released seven Gold albums and one Platinum album, and had 13 Billboard Hot 100. Singles, of which seven were Top 40. Including three Top 10 successes: Born to Be Wild. Steppenwolf enjoyed worldwide success from 1968 to 1972, but clashing personalities led to the end of the core lineup. Today, John Kay is the only original member, having been the lead singer since 1967. The band was called John Kay & Steppenwolf from 1980 to 2018. The item “Steppenwolf Concert Poster 1969 Vintage Corpus Christi Texas Psychedelic Art AOR” is in sale since Saturday, January 16, 2021. This item is in the category “Entertainment Memorabilia\Music Memorabilia\Rock & Pop\Artists S\Other Rock & Pop Artists S”. The seller is “graphxfan” and is located in Petaluma, California. This item can be shipped worldwide.